I have a TPM file that I am importing in my colab script using pandas and scanpy. The txt file starts with 1 row X 55737 columns or another way around. Scanpy/panda is considering the first-row value as a heading. How to read TXT?
I have tried multiple ways to read the files such as 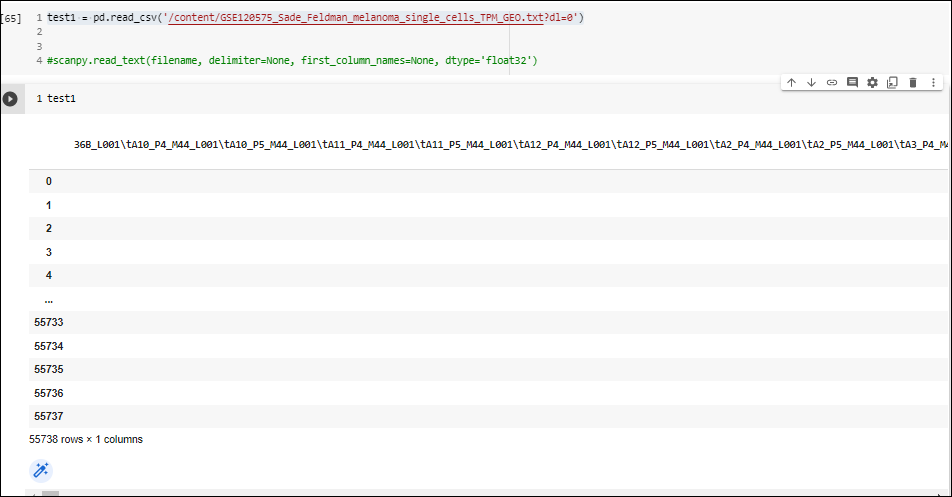 same as this file formate too “PP001swap.filtered.matrix.txt”
the file was downloaded from the below links :

I am very new to bioinformatics/scanpy